BASELWORLD 2008: 1878 - Special Edition Moritz Großmann
A Watch with Some History

A historical picture of Glashütte

For watch city Glashütte, located in Saxony’s Müglitz Valley, May 1, 1878, is an important date in history. On this particular day, the German School of Watchmaking in Glashütte was founded on the initiative of watch manufacturer Moritz Großmann.

With the generous support of the state government, the local authority district, and a foundation the new facility located in the heart of the city was inaugurated.

The German School of Watchmaking in Glashütte 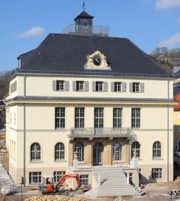 The German Watch Museum in Glashütte.

thoroughly renovated and refurbished, the former school building will be inaugurated on May 22, 2008, as the historical home of the German Watch Museum in Glashütte.

While on two floors the moving history of Glashütte’s art of watchmaking will be conveyed in a vivid manner, one floor of the renovated building will retain its original function, housing Saxon manufactory Glashütte Original’s own Alfred Helwig School of Watchmaking and continuing to keep Moritz Großmann’s legacy alive.

Glashütte Original’s designers thus created a worthy timepiece in the 1878 – Special Edition Moritz Großmann in memory of the great pioneer Moritz Großmann, who combined the past with the present in a most wonderful way. 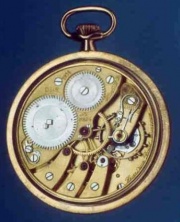 The historical pocket watch Nr. 3824 made by the student of German School of Watchmaking H. van Baal

The anniversary model was inspired by the design of historical pocket watches made by students in the 1920s., a timepiece such as this uniquely builds a bridge between the past and the future of Glashütte’s art of watchmaking. Then, as now, they were made as final exams by watchmaker apprentices.

The hand arbor is lovingly polished by hand.

Just one look at the dial is enough to recognize the fusion, and memories of graceful pocket watches of the past come to life. The silver-plated dial is home to sweep hour and minute displays whose blued and polished sword-shaped hands contrast with the background. Loyal to details, the hand arbor is lovingly polished by hand. Glashütte Original’s designers placed the subsidiary seconds at 6 o’clock, while the minute scale and filigreed markers are placed in perfect harmony around the center of the 1878 – Special Edition Moritz Großmann’s time display.

A lavish manufacturing process goes into making the deceivingly simple surface of the dial. Glashütte Original made the conscious decision to use a vintage tradition: the technique of frosted silver plating, also known as l’argenture grainée.

The additional case back.

The first step consists of machine-blasting the surface of the brass dial with a mixture of water, chalk, and wood. Then a paste containing silver powder and water is carefully applied by hand to the blasted surface. The result is a charmingly purist dial that magically attracts the observer’s eye with its refined surface structure. 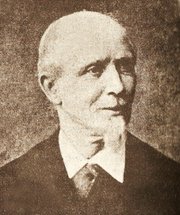 A fluted bezel creates the perfect frame for the dial. The 40-millimeter case, available in white or rose gold, is outfitted with the most modern mechanics: automatic Caliber 100-11.

A sapphire crystal case back allows one to observe the perfectly finished insides of the watch with all of its traditional elements belonging to Glashütte’s art of watchmaking close up.

The crowning glory of this special edition is the additional case back it comes with in rose or white gold hand-engraved portrait of Moritz Großmann. A limited number of 130 pieces each of this watch in white and rose gold will be available worldwide.