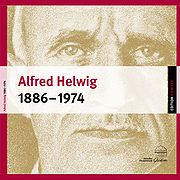 Deutsches Uhrenmuseum Glashütte
Special exhibition “Alfred Helwig – his life and work for the art of watchmaking“. 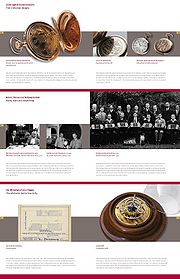 On 5th July 2011, the German Watch Museum Glashütte opened the special exhibition “Alfred Helwig – his life and work for the art of watchmaking“. It presents the life and the achievements of the master watchmaker, writer and teacher who was born exactly 125 years ago on 5th July 1886 and who was destined to become an icon of the art of fine German watchmaking.

Numerous guests of regional politics and business, representatives of the arts and the cultural scene, Glashütte time witnesses, former students of Helwig, lenders of precious exhibits, watch aficionados and collectors from all over Germany, heads of partner museums, auction houses and art collections as well as representatives of the watchmaking companies followed the invitation to attend the Vernissage and enjoyed an evening of discovery, discussion and shared memories.

The master watchmaker from Glashütte, Alfred Helwig, is still known today for his incredible gift – a synthesis of the craftsman’s artistic abilities and the highest degree of creativity in the technical development of mechanical watches.

He dedicated his life to achieving as great a degree of precision as possible. His brilliant development – the Flying Tourbillon – bears witness to his untiring search for accuracy.

The genius of Alfred Helwig is demonstrated by beautiful and technically perfect escapement models, historical drawings and sketches. A women’s lever escapement pocket watch that Helwig built in 1905 as well as pocket watches with Flying Tourbillon designed by his students at the German School of Watchmaking Glashütte are equally on display. These stunning timepieces are a vivid demonstration of the outstanding practical and educational skills of Alfred Helwig.

Alfred Helwig was known all over Europe for his comprehensive knowledge and his practical experience. Many watchmakers and teachers read his publications to improve and further their own knowledge. He wrote about 40 articles and books over the course of his life. In 1927, he published an essay on “rotating carriage watches” – which is what he called Tourbillon watches. In 98 pages with 56 illustrations, Alfred Helwig described how Tourbillons and carousel watches are constructed.

Alfred Helwig’s publications remain today important reference works for watch designers, regulators and amateur watchmakers. This applies in particular to the book “Feinstellung der Uhren” (Fine Adjustment of Watches) and to the series “Die Lehre an der Deutschen Uhrmacherschule” (Education at the German School of Watchmaking).

Alfred Helwig’s Flying Tourbillon is a first-class achievement in both aesthetic and watchmaking terms – as much so today as at the time of its creation. Despite this and his many other great achievements, Alfred Helwig remained a modest man throughout his life. Glashütte Original honors the master watchmaker with limited editions of Tourbillon watches. Their characteristics include the Flying Tourbillon brought to the highest degree of perfection and built on the front side – a successful tribute to Alfred Helwig.

Since 2002, the Watchmaking School of Glashütte Original has borne the name Alfred Helwig, thereby committing itself to the very highest standards.

The exhibition is on display from 6th July until 31st of October 2011 in the German Watch Museum Glashütte.

A small exhibition catalogue can be purchased in the museum shop for 6.50 Euro.