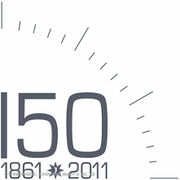 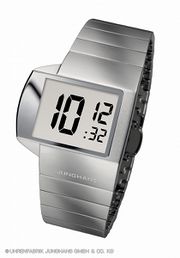 As in the previous year, Uhrenfabrik Junghans GmbH & Co. KG once again achieved double-digit percentage sales growth for the 2010 business year. This constitutes an operating profit for the second year following the relaunch of the company. Last year was characterised by new hirings and restructuring. In order to prepare for further success, manufacturing capacity was significantly increased through production measures.

As the Junghans wristwatches are exclusively assembled in Schramberg, what was once the world's biggest watch manufacturer is once again of great significance to the Ger-man watch industry. The particular focus on two different technologies has proved to be a successful strategy. The share of premium mechanical timepieces compared to radiocontrolled and quartz watches stood at over 50%. This is undoubtedly down to the boost in acceptance of the brand, which is increasingly to be found once again in the displays of first-class jewellers.

The starting point for the 150-year anniversary is the presentation of the limited anniversary models at the coming weekend at the leading German watch fair, the Inhorgenta Munich. The anniversary ceremony will take place at the company site in Schramberg on 15 April, followed by the opening-ceremony of the new company museum on 16 April.

For more than 150 years, the Junghans brand has stood for quality, reliability and passion. Based in Schramberg, Germany, the long-established, independent company designs and manufactures watches that set new standards and are held in high regard around the world. Having close ties to the company’s location and being committed to the values that Junghans embodies, the owners work hard to maintain traditions and to move purposefully forward to a successful future. Tradition and an unswerving spirit of innovation are also reflected in the design and engineer-ing of the company’s watches. In this regard the spectrum embraces all current watchmaking technologies: from classic mechanical watches and quartz technology all the way to the company’s own radio-controlled and solar technology. With innovative products ‘Made in Germany’ and an international outlook, Junghans will continue in future to further develop the unique success story of the watch with the star.