Numerous Accolades for A. Lange & Söhne in Anniversary Year

LANGE ZEITWERK – with twelve product awards, one of A. Lange & Söhne's most successful watches.

A. Lange & Söhne’s anniversary year, in which the traditional Saxon watch brand has celebrated the founding of the German precision watchmaking industry 165 years ago by Ferdinand A. Lange, is coming to an extremely successful conclusion with ...

Almost as Good as a Real Watchmaker

The Expert Certificate with the threequarter plate decorated by a student.

With its Expert Course the A. Lange & Söhne Academy launches a third round of its training programme.

With the establishment almost three years ago of the “A. Lange & Söhne Akademie”, a multi-level series of training courses for authorised dealers, the traditional watch brand has been making an active contribution to the quality of advice provided in the superior watch retail sector. The programme focuses primarily on offering an experience of the uncompromising quality that the watchmakers at Lange show in their work and allows students to meet these craftsmen and women face to face and perform a range of tasks under their expert instruction.

The first “Lange Experts” from Germany left the academy after successfully completing the third – and highest – level of the ... 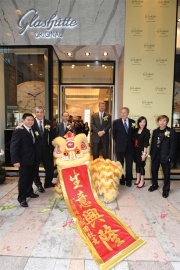 The grand opening of the second Glashütte Original boutique in Hong Kong was celebrated on January 21, 2010, in co-operation with franchise partner Chow Tai Fook.

The boutique is located at the brand-new shopping mall “K11” in Hanoi Road in Kowloon and showcases the finest and latest models of the German watch manufactory.

Following the successful opening of the first boutique in 2009 in Pak Sha Road, this is the second store in Hong Kong ... 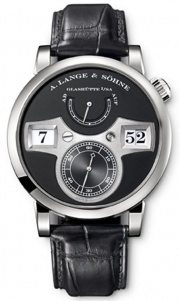 A. Lange & Söhne awarded in USA for Innovative Design

The LANGE ZEITWERK has won the renowned Good Design Award, making another prominent award go to the traditional manufacture based in Saxony just before the year end of 2009. The prize was awarded by the Chicago Athenaeum – Museum for Design and Architecture and the European Centre for Architecture, Art, Design and Urban Studies.

The Chicago Athenaeum has been awarding prizes to the most innovative ...

A new Glashütte Original boutique will be officially opened in Hong Kong on 22 October, 2009, showcasing the finest and latest models of the German watch manufacturer.

As special guests of honor ... 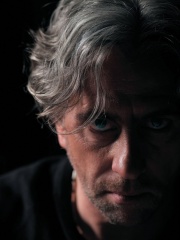 Founder of the Rodolphe Montres & Bijoux watch company and of the Rodolphe & Co design studio – two entities owned by the Franck Muller group – Rodolphe Cattin has decided to quit all his operational activities within the group as of the end of October. He will remain a minority shareholder in both companies.

Rodolphe Cattin made the following comments regarding his decision:

“It is with a mixture of sadness and relief that I am leaving the group with which we became associated four years ago, because I no longer sense that ... 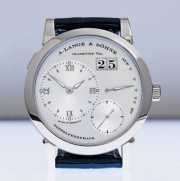 Radiant, lucid, compelling:
this is the LANGE 1 in 2009, with a noble white-gold case as well as luminous hands and appliques.

Since it premiered in October 1994, the LANGE 1 has been “the face” of A. Lange & Söhne. With its striking dial design and its patented outsize date – the first truly legible date display ever to grace a wristwatch – it gained global fame virtually overnight and garnered a host of product awards. Today, the LANGE 1 symbolises Lange watchmaking artistry. It embodies the skills and know-how of an entire watchmaking dynasty that was founded by Ferdinand Adolph Lange almost ... 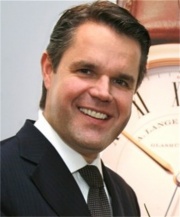 As a result of strategic differences of opinion over the future direction of A. Lange & Söhne, Mr Fabian Krone has intimated his decision to stand down as Chief Executive Officer of the company.

Mr Jerzy Schaper, who up until now has been Chief Operating Officer of A. Lange & Söhne will take over with immediate effect as interim Chief Executive Officer.

A. Lange & Söhne was acquired by Richemont in 2000. It has a strong management team and a highly motivated workforce and will continue to play a significant role as one of Richemont’s leading specialist watchmaker businesses in the future.

CEO Fabian Krone (in the middle)

For the second time in a row, the traditional watch manufactory A. Lange & Söhne comes out top of the ranking of German luxury brands, published by the renowned business news magazine “Wirtschaftswoche” in its edition of 17 August 2009.

With a grand total of 242 points out of a possible 300, the watchmaker from Saxony’s Ore Mountains once again ...

During 2009 Parliament celebrates the 150th anniversary of its world famous Clock Tower, Great Clock and Great Bel. The name Big Ben is often used to describe the tower, the clock and the bell but the name was first given to the Great Bell. 1859 was the beginning for all three elements when the Clock Tower was completed. The Great Clock started on 31 May, the Great Bell’s strikes were heard for the first time on 11 July and the quarter bells first chimed on 7 September.

Passion is the best mainspring

A world-class musical event in a world-famous location:
Glashütte Original presents Valery Gergiev and the Vienna Philharmonic in the Dresden Frauenkirche

On this evening, it was almost as if the music, in its full sonority, filled the whole of the Dresden Frauenkirche ...

The stormy atmosphere outside this wonderful and unusual “concert hall” once again underlined the harmonious interplay of the legendary conductor Valery Gergiev and one of the world’s finest orchestras – the Vienna Philharmonic.

In conjunction with the Dresden Music Festival, the Glashütte Original manufactory presented this unique ...

A Constant Companion in Turbulent Times 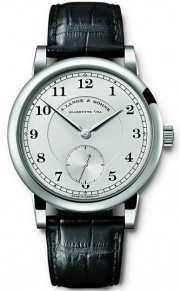 Investment with Entertainment Value: The New 1815

In times of plunging stock exchange prices, bank failures and fear of recession, many investors take refuge in tangible assets. Houses, property, precious metals and jewellery promise lasting value in uncertain times, which many funds and stocks cannot offer anymore. Some people turn to mechanical watches made by renowned manufactories, because they possess intrinsic value. Some models are relegated to the safe. However, it is ...