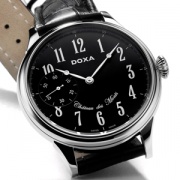 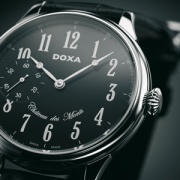 To celebrate its 120th anniversary, DOXA pays tribute to the famous Château des Monts in Le Locle. This sumptuous building has symbolised the brand ever since it was created because its founder, Georges Ducommun, lived there for many years. Faithful to the roots that have forged the brand’s success, this jubilee model – a replica of a watch from the 1920s – is a mark of respect to both the men and the technical excellence that have brought DOXA such acclaim through the years. Individually numbered, limited edition in two series of 120 watches each.