150 years of Junghans - Old masters given a glamorous new look 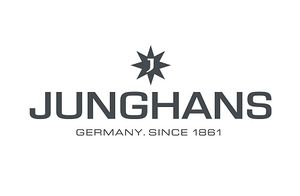 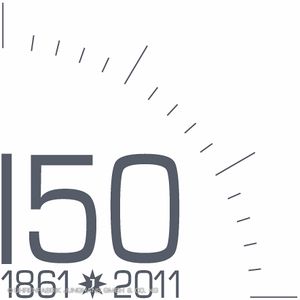 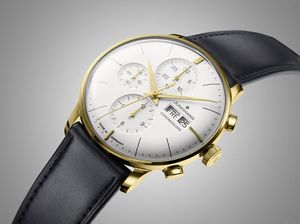 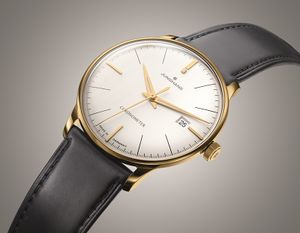 A modern reminiscence: Junghans is marking its 150th anniversary by remembering the heyday of mechanical watch construction and is bringing a brand new interpretation to two limited edition models from the Meister range – the Meister Chronometer and the Meister Chronoscope.

A work of masters

The production of the first Meister models in the 1930s signalled the start of a new era for Junghans. The watches are deemed to be icons today and were characterised then in particular by their elaborate movements. The calibre J80 was even fitted with a central seconds hand. The J80/2 movement was decorated with Geneva stripes and represented the very finest in design as the heart of the Meister watches. Since 1951, the Meister models have benefitted from the use of the chronometer movement J82 with its unusually large screw balance which was produced to perfection until 1960 and incorporated into thousands of officially tested chronometers each year. Today the Meister range stands for the mechanical competence of Junghans, reinforced by the ‘Made in Germany’ quality seal. In its anniversary year, Junghans will be reevoking this traditional heritage and presenting an officially certified chronometer at the forefront of its design.

With this new interpretation of the Meister Chronometer to mark its special anniversary, Junghans looks back with pride at a time when the company was achieving great success on the world stage. The anniversary model fitted with the J820.1 movement draws upon the 1950s, which were very significant years for Junghans as a time when the company became the world’s third biggest producers of chronometers. Just like the Meister Chronometer today, the chronometer calibre J83 was also fitted with an automatic winding mechanism. Today, this is one of the most beautiful movements to be produced in Germany. The anniversary Meister Chronometer model is limited to 150 copies and is an exclusive model from the Junghans anniversary tour 2011, representing an exceptional reference point in the company history as a continuation of its historic predecessor. Like the J83, this model also contains a hairspring made by Carl Haas in Nivarox 1 quality, now designed in blue for the first time. This has played a significant part in the Junghans chronometer being issued an official certificate for accuracy.

The retrolook Meister Chronoscope is just as historical as the Chronometer. The design is reminiscent of the days when Junghans was scoring great successes with its chro-nograph movement J88. The harmonious face of the Meister Chronoscope, which impresses in particular with its shell-like totalisers, is a truly eye-catching feature on this limited edition timepiece (1500 copies only). The design and construction of the case are particularly striking. This is also clear from the flowing free forms of the lugs with the strap and case forming a stylish unit. Inside, the calibre J880 keeps things accurate with its blued screws and Geneva cut decoration.

The new Meister series is completed with the Meister Automatic. This model too is based on a historic model, as reflected by the consistent use of curved plastic glass. This gives the watch a flat and elegant appearance. The use of the exclusive Junghans SICRALAN coating gives the glass a high level of scratchresistance. When combined with the well-devised case construction, the watch is made water-proof down to 3 atm – as are all of the new Meister models. In addition to classic leather straps, a fine 9-row metal strap has also been created which securely surrounds the arm and creates an attractive interplay of light with the satinated and polished surfaces.